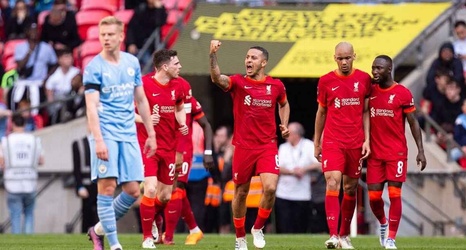 What a weekend! With the FA Cup final set (it'll be Liverpool vs. Chelsea on May 14, ESPN+) and several big clubs needing dramatic heroics to win, Europe's top leagues did not disappoint. There's drama in Serie A, another string of big results in the Bundesliga and a late comeback by Real Madrid against Sevilla that left fans speechless.

Here are James Olley, Bill Connelly, James Tyler and Alex Kirkland with what you need to know from around Europe.

Reds boss Jurgen Klopp doesn't want anyone to talk about it, but Saturday's FA Cup semifinal win over Manchester City takes Liverpool one step closer to an unprecedented quadruple.