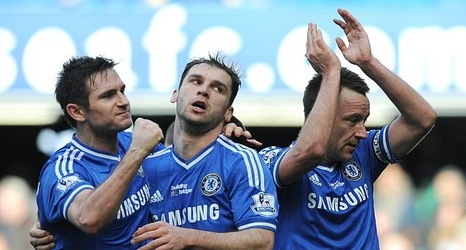 Frank Lampard has been backed to manage England by his former Chelsea team-mate Branislav Ivanovic.

Ivanovic and Lampard won six major trophies together at Stamford Bridge between 2008 and 2014. And Ivanovic, who has returned to the Premier League with West Bromwich Albion, has been impressed by his old colleague's work as Blues boss.

'When Frank decided to become a manager, everyone who knows him knew he was going to be a success,' said Ivanovic.