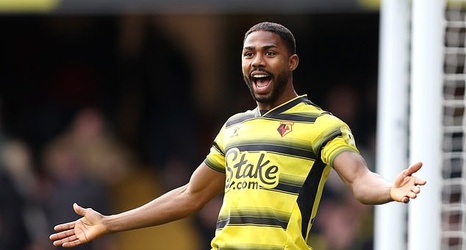 The Nigerian forward was a key performer for Watford this season, scoring 10 Premier League goals in a team where no one else passed five.

24-year-old Dennis won the Premier League Player of the Month award in November after picking up a goal and two assists in Watford's 4-1 win over Manchester United.

It was the undoubted highlight of Watford's season and the final nail for United's then manager Ole Gunnar Solskjaer.