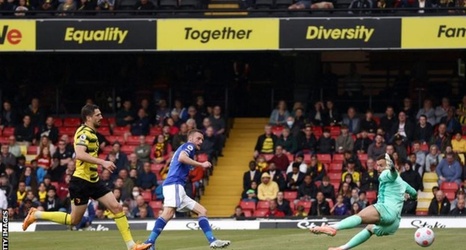 The result boosts the Foxes hopes of a top-10 finish, with Watford, who have now lost 15 of their 19 home matches, dropping to the bottom of the table.

With Roy Hodgson's successor Rob Edwards paraded before kick-off, the afternoon had started brightly for the Hornets.

Joao Pedro's close-range effort deflected off Timothy Castagne to put them in front, and they had opportunities to extend their lead with Adam Masina hitting the crossbar and Brazilian forward Pedro seeing another effort well saved by Foxes goalkeeper Danny Ward.