'The good, bad and the ugly... it's been a blast!': Ben Foster, 39, confirms he will leave Watford at the end of the season following the club’s relegation from the Premier League 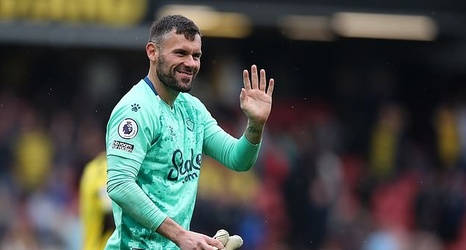 Former England goalkeeper Ben Foster has confirmed he will leave Watford at the end of the season following the club's relegation from the Premier League.

The 39-year-old rejoined the Hornets from West Brom in the summer of 2018, but will not be staying on as Watford rebuild for life back in the Sky Bet Championship.

'The ups, downs, good, bad & ugly...it's all part of the journey!' Foster wrote on Twitter.

'My time @WatfordFC is up, but a huge thanks for all the support & love I've received from fans, players & staff in the 6 years with the club, it's been a blast!