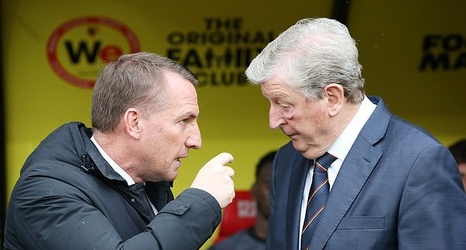 Roy Hodgson admits he 'wouldn't kick up any fuss' if asked to step aside and allow successor Rob Edwards to take charge of Watford's season finale at Chelsea.

Hodgson's last home match as manager of the relegated Hornets ended in a humiliating 5-1 Premier League thrashing at the hands of Leicester.

The 74-year-old is scheduled to end his short tenure following next weekend's trip to Stamford Bridge before former Forest Green boss Edwards takes over ahead of next season's Championship campaign.

Ex-England manager Hodgson has no intention of walking away prematurely and, should the club propose an alternative, would advise his replacement to stick to the initial agreement.