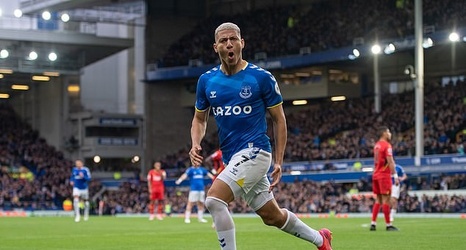 Everton manager Rafael Benitez hopes the return of Richarlison will give his side a much-needed boost after the morale-destroying collapse against Watford.

From 2-1 up with 12 minutes to go - a lead given to them by Richarlison's goal coming off the bench - the Spaniard saw his side capitulate in spectacular fashion to lose 5-2.

A second-successive home defeat, following on from a 1-0 reverse to West Ham, left players shell-socked and fans outraged but with an injury list which shows few signs of easing, having Richarlison available to start for the first time since mid-September is a significant boost.