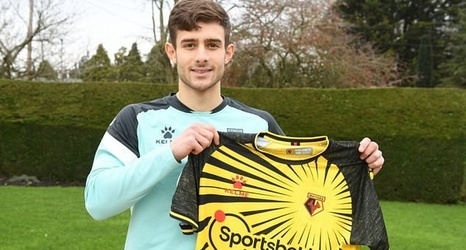 Maurizio Pochettino is looking for another club after leaving Watford.

The 21-year-old son of Paris St Germain coach Mauricio, joined Watford from Tottenham in 2021 and wants to continue his career in England.

Though he was born in Spain, Pochettino Jr counts as a homegrown player owing to the time he has spent in this country.

He was initially with Southampton's academy before moving to Spurs then Watford where he made his first team debut against Brentford in May last year.