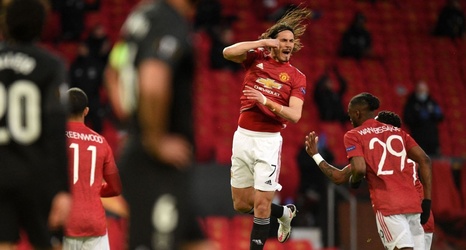 MANCHESTER, England -- Manchester United have had no issue reaching semifinals under Ole Gunnar Solskjaer since he took the manager's job in December 2018; it's what comes after that has been the problem. They are through to a fifth semifinal of Solskjaer's reign after a 2-0 win over Granada at Old Trafford on Thursday night, finishing the job after a comfortable 2-0 win in Spain a week ago. He's still waiting for his first final, and this time, AS Roma stand in his way.