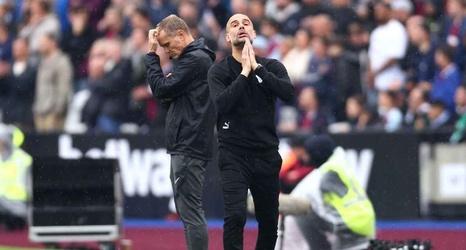 Another weekend in European soccer yielded another flurry of talking points! In England, Manchester City clawed back at West Ham to remain in charge of the Premier League title race with one weekend remaining, while Liverpool looked tired in the FA Cup final but still had enough juice to defeat Chelsea on penalties. The German Bundesliga season ended with Erling Haaland's farewell to Borussia Dortmund and Robert Lewandowski saying he wants out of Bayern Munich. In Italy, AC Milan and Inter Milan both won to keep the Serie A title battle alive heading into the final round of games, while Spain's LaLiga (and PSG in France) enjoyed a fairly relaxed weekend.