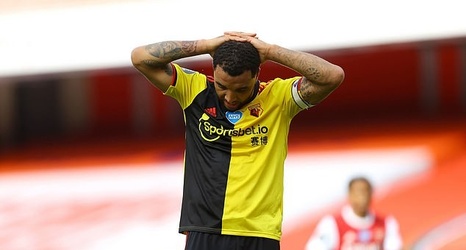 Former Watford striker Troy Deeney has revealed he spent four days in hospital on a ventilator, suffering from Covid-19, in the spring 2020.

Following Project Restart last year, Deeney, 33, did not report to training with Watford for two weeks and he has now admitted it was over concerns for his safety.

The forward faced backlash from the media for his actions and was branded 'greedy' as it was claimed he only wanted to 'protect his own pay packet and have another year as a Premier League player'.

But Deeney has now revealed he had been seriously ill with the virus before lockdown and was concerned for his own health and safety.