FAN VIEW: A flawed transfer strategy, devastating injuries and the crushing exit of Marcelo Bielsa... Leeds' long-awaited return to the Premier League has fallen apart and now I fear we'll disappear again without a trace 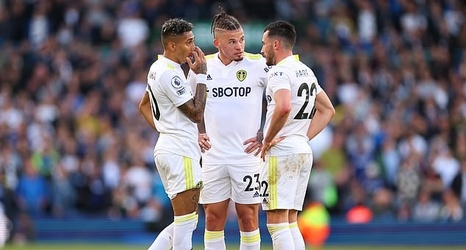 After an impressive return to the Premier League last season following their 16-year absence, many expected Leeds to kick on and cement themselves as a top-half side this time around.

But a dismal run of form after Christmas - that saw Leeds take one point from six games - plummeted them towards the relegation zone and cost beloved manager Marcelo Bielsa his job.

Jesse Marsch was parachuted in and oversaw some rousing late wins over Norwich and Wolves before they smashed Watford. But no wins since April 9 mean they are again staring down the barrel at a return to the Championship.