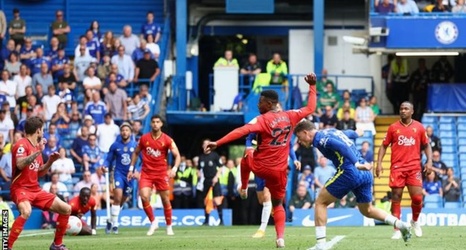 Todd Boehly's £4.25bn acquisition of the club is expected to be completed later this month, but Tuchel is unable to add to his squad until the purchase is finalised.

The German is expecting to have to replace a number of first-team regulars this summer, with Antonio Rudiger and Andreas Christensen leaving Stamford Bridge and Spain internationals Cesar Azpilicueta and Marcos Alonso linked with Barcelona.

"Our hands are tied," Tuchel said after Sunday's win against relegated Watford.