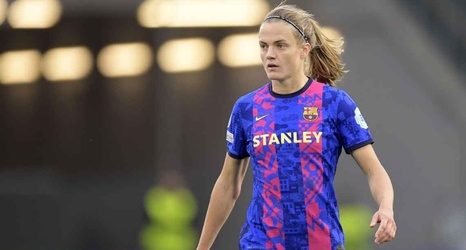 Barcelona defender Irene Paredes hopes selling out Camp Nou will serve as inspiration for other clubs ahead of Saturday's Champions League final against Lyon.

Barca twice broke the attendance record in women's football on their way to this weekend's showpiece in Turin, with 91,553 fans watching their quarterfinal win over Real Madrid and 91,648 then present for the semifinal against Wolfsburg.

"It was amazing, we couldn't believe it," Paredes said. "Everyone was like: 'Wow.' We were wondering if all the people would come to the stadium that day and of course they did.