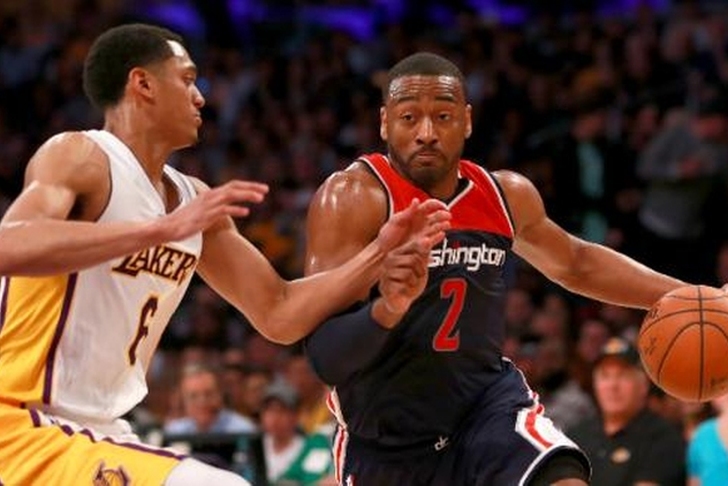 The Washington Wizards have made it to the second round of the NBA playoffs each of the last two seasons, but right now, they're struggling just to get in. A recent hot surge has them suddenly contending for one the last playoff spot in the Eastern Conference, but are still three games behind the Pacers for the No. 8 spot. Let's get you up to speed with the week that was and the week ahead with our Wizards Weekly update:

Last Week:
Washington's week did not get off to a great start, having their five-game win streak snapped in a 122-101 blowout loss to the Atlanta Hawks. That was only made worse with another disappointing home loss to the Minnesota Timberwolves on Friday night, losing 132-129 in double overtime.

The Wizards then started a five-game West Coast road trip on Sunday with a 101-88 win over the Los Angeles Lakers, led by 22 points and 13 assists form star point guard John Wall. That was followed with a game at Golden State on Tuesday, and while Washington put up a better fight than was expected, they still lost 102-94.

What's Next?
Washington's road trip continues Wednesday night against the Sacramento Kings, then will take on the lowly Phoenix Suns on Friday before closing the trip on Sunday against the Los Angeles Clippers. For more on the Wizards' upcoming games, download the Chat Sports Android and iPhone app.

Injuries:
Guard Alan Anderson is out indefinitely with a groin injury.

What They're Saying About The Wizards:
Wizards vs. Kings Preview: Wizards attempt to bounce back vs. Kings
Warriors keep single-season wins record in sights with victory over Wizards
Randy Wittman to be fired at the end of the season?