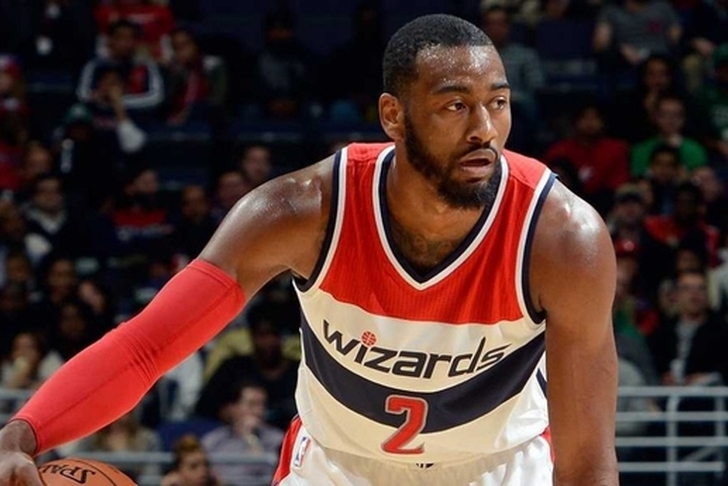 The 19-21 Washington Wizards had won four straight games entering last weekend's game against the Boston Celtics. However, the Wizards lost that game and followed it up with a loss to the Portland Trail Blazers Monday night. The Wizards are just two games back of the No. 8 seed in the Eastern Conference, currently held by the Celtics. So, let's get you caught up with what happened last week and preview the week ahead with our Wizards Weekly Update.

The Week That Was:
The Wizards had quite the busy week, playing five games. The Wizards started with a 114-100 win over the Chicago Bulls Monday. John Wall led the way for the Wizards with 17 points and 10 assists. He was one of seven players to drop double-digits.
Washington followed that with a 106-101 win over the Milwaukee Bucks Wednesday in Bradley Beal's first game back since Dec. 9th. Beal had 11 points off the bench. Wall again led the team with 19 points and the Wizards had seven players with at least 10 points.
For the third straight game, Wall led the Wizards to a win. He had a game-high 28 points in the team's 118-104 win over the Indiana Pacers Friday. Beal had 22 points off the bench.
The Wizards played a back-to-back Saturday, coming up just short in a 119-117 loss to the Celtics. Wall dropped 36 points and 13 assists, but it still wasn't enough.
Washington dropped its second straight game, 108-98 to the Trail Blazers. Wall had his first off night, scoring just nine points. Garrett Temple led the way with 18.

Coming Up Next:
The Wizards play two games the rest of the week, both of which are at home. The Wizards host the Miami Heat, in a game in which the Heat should be favored.
They're off until Saturday, when the Jazz come to town. If the Wizards can't snap the losing streak against the Heat, they should do so against the Jazz.

Injuries:
Kris Humphries will miss at least Wednesday game against the Heat with a knee injury. He hasn't played since Jan. 3rd.
Drew Gooden is out for Wednesday. He's been out since the Pacers' game with a calf injury.

What They're Saying About The Wizards:
Randy Wittman To Blame For Loss To Celtics
Wizards Having Problems Winning At Home
Nene Playing Crucial Role