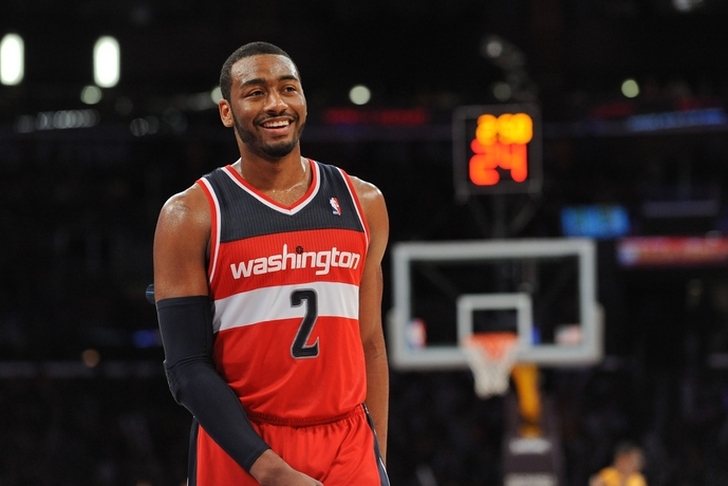 The 21-24 Washington Wizards had lost three straight games entering last Saturday's game against the Houston Rockets. However, a thrilling win snapped the losing streak. The Wizards are just 2.5 games back of the No. 8 seed in the Eastern Conference, currently held by the Detroit Pistons. So, let's get you caught up with what happened last week and preview the week ahead with our Wizards Weekly Update.

The Week That Was:
The Wizards had quite the busy week, playing four games. The week started with a 116-91 loss to the Boston Celtics Monday night. John Wall struggled, recording eight points. He had 10 assists but was just 3 of 11 from the field. The Wizards turned the ball over 20 times and hit just 29 percent from beyond the arc.
After hosting Boston, the Wizards had to travel to Toronto to play the Raptors Tuesday night. Washington lost 106-89, despite a double-double from Wall. He had 18 points and 14 assists.
The losing streak hit three games after a 117-113 loss to the Denver Nuggets Thursday night. Seven players hit double figures for the Wizards, but it just wasn't enough.
Washington stopped the losing skid by holding off the Rockets 123-122. Wall nearly had a triple-double, with 19 points, 13 assists and eight rebounds. Eight players had at least 10 points, and Otto Porter had nine.

Coming Up Next:
The Wizards play four games again this week; two at home and two on the road. The Wizards visit the Oklahoma City Thunder Monday and host the Golden State Warriors Wednesday. Washington will be the underdog in both games against two of the top teams in the Western Conference. Head coach Randy Wittman will miss both games following the death of his brother.
Washington then hosts the Philadelphia 76ers Friday and travel to face the Charlotte Hornets the next night. The 76ers shouldn't be a challenge, but playing a back-to-back will make Saturday's matchup against the Hornets harder.

Injuries:
Kris Humphries is out indefinitely with a knee injury. He hasn't played since Jan. 3rd.
Alan Anderson is still targeting a mid-to-late February return from an ankle injury.

What They're Saying About The Wizards:
Randy Wittman To Miss Next Two Games After Brother's Death
Wizards Could Waste John Wall's Best Season
One NBA GM Scared Of Bradley Beal