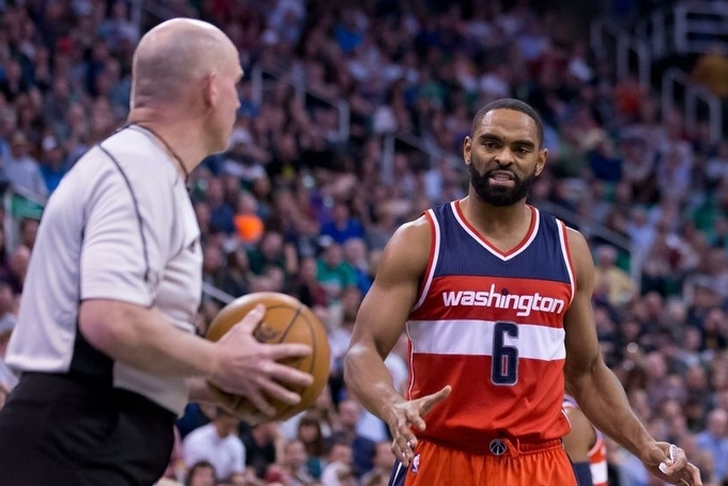 The Washington Wizards focused on adding big men this offseason, but one area there they'd still like to improve - and somewhere John Wall wants them to improve, too - is wing depth. According to SB Nation's Jake Whitacre, they're hoping to fill that void by bringing back Alan Anderson:

The problem is, the Wizards don’t have many roster spots left, and they don’t have any cap space to make a big upgrade on that front. Washington’s only options are to use the Room Exception, which they can use to sign someone for up to $2.9 million per year for two years, or they can sign someone to a minimum contract.

Alan Anderson appears to be the leading candidate to fill one of those two spots. He’s reportedly meeting with the team in Las Vegas during Summer League, according to J. Michael of CSN Mid-Atlantic. If Anderson can return to the form he showed with the Nets, he could certainly help address the team’s wing depth, but it’s no safe bet considering he’s coming off two ankle surgeries and turns 34 before the start of next season.

Washington currently has Otto Porter and Kelly Oubre Jr. as their only two small forwards, and Bradley Beal is their only shooting guard with meaningful NBA experience.

Anderson would likely slide right back into that backup shooting guard role, though he can play both positions. He signed with Washington last season but was limited by injury to just 13 games, in which he averaged 5.0 points and 2.1 rebounds per game.

Follow our Washington Wizards news page for all the latest Wizards rumors!