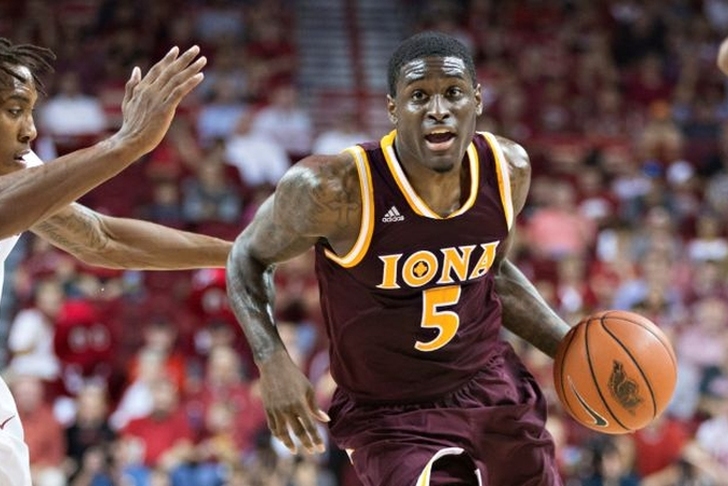 The Washington Wizards missed the playoffs for the first time in three seasons this year, causing them to fire Randy Wittman and bring in Scott Brook as head coach. They expect to return to the postseason in 2017, and are looking to make the necessary moves this offseason to get there. Here's all the latest buzz surrounding the Wizards:

Wizards targeting A.J. English in NBA Draft?
Washington has stayed busy during this week's NBA Combine, and one prospect they've taken particular interest in is Iona's A.J. English, according to SNY's Adam Zagoria:

English is projected to be a late second-round pick, or go undrafted.

Washington preparing to sign former second-round pick
The Wizards have been keeping close tabs on 2012 second-round pick Tomas Satoransky while he has been playing with FC Barcelona, and they've decided now is the time to bring him to D.C.

The Wizards have decided to offer a multiyear guaranteed deal to Satoransky and pay the buy out of his new contract with Barcelona. The price of the buy out clause for this summer is $1.5 million.

John Wall to be ready for season
Star point guard John Wall had "routine and relatively minor" surgery on both knees last week, and though he's expected to miss a couple of months, it won't keep him out for the start of the season, according to the Washington Post:

[He began a] rehabilitation process immediately. Wall is expected to be ready for the start of next season, but his status for training camp is unknown and he won’t be available to play for Team USA in the Olympics this summer. Wall was one of 31 finalists for the 12-man roster headed to Rio Janeiro in August but was considered a longshot to make the team.