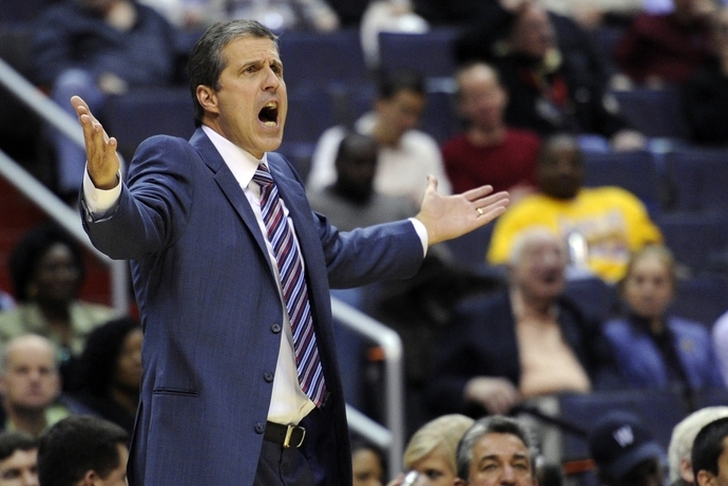 The Washington Wizards lost their third consecutive game on Tuesday night, falling to the Thunder 125-101. That marks the fifth time in six games the Wizards have given up at least 113 points, and head coach Randy Wittman is none too happy with Washington's defense:

''We don't defend. Guys drive by us at will. We don't have any toughness. We don't hit anybody and rebound the ball. We've got guys that play 27 minutes and get one defensive rebound,'' Wittman said at his postgame news conference. ''I can get a rebound, I guarantee you. If you give me 27 minutes on a Saturday, I'll get you a rebound. And that's what it boils down to - 50-50 balls; the dirty stuff. We don't get dirty. And that's on me. We've got three days to find the guys that'll play that way.

''We're just too soft of a team right now. I might as well stick four guards and a center out there and play, because we're getting beat on the boards with my supposed big men out there. We let teams take it to us the last three games.''

Washington doesn't play again until Saturday against the Orlando Magic, and All-Star point guard John Wall said the team plans to focus almost all of their practice time on the defensive end of the floor.

''You score 100 points in this league, you think you can win those games,'' Wall said. ''But if you're giving up almost 130, you have no chance.If we're not communicating and talking out there, there's going to be breakdowns, and that's when we're giving teams uncontested layups. We're just giving guys easy freedom to run and flow anything they want to on offense.''

The Wizards are currently 3-4 on the season.