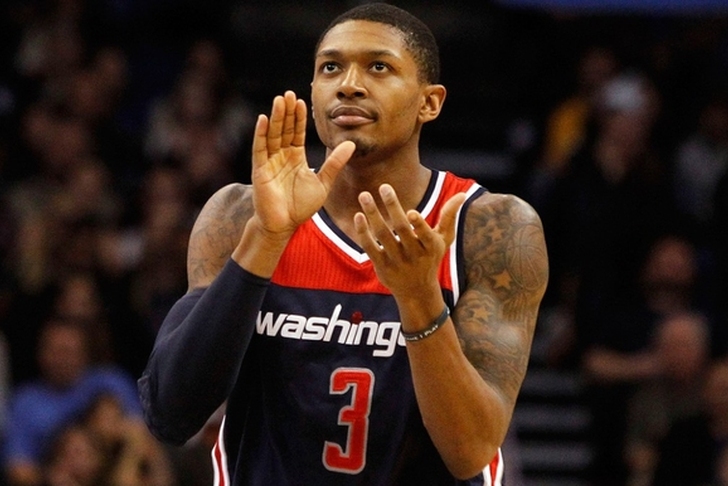 The Washington Wizards announced that guard Bradley Beal will miss at least two weeks with a stress reaction in his lower right fibula. Beal was an unexpected late scratch in the Wizards' loss to the New Orleans Pelicans on Friday, but this was the reason why.

"It's part of the game,'' Wizards head coach Randy Wittman said. "He's been through it. We know the protocol, what needs to take place. We've got to sustain without him.''

The 22-year-old underwent an MRI on Friday and underwent more testing on Saturday before the announcement. He will be re-evaluated again in two weeks.

He has missed games four separate times due to stress reactions in his right leg since October 2013. Beal is averaging a career-high 19.8 points in 17 games this season.

Garrett Temple has started for Beal since the injury, scoring 10 points against the Pelicans and five points in Washington's win over the Dallas Mavericks on Saturday.