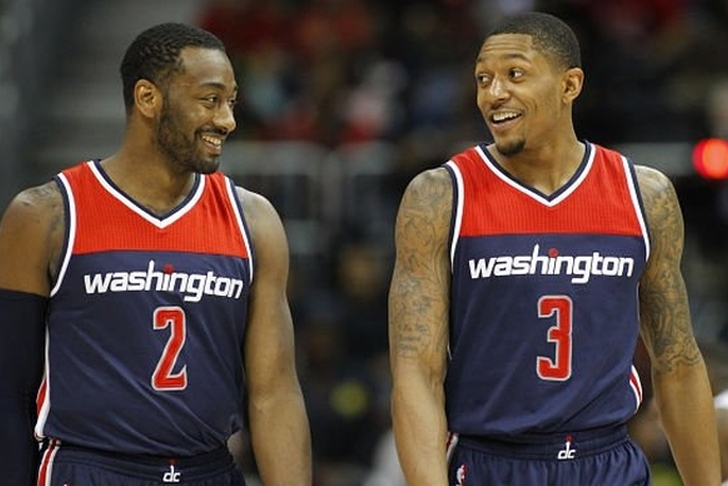 The Washington Wizards blew out the Boston Celtics in Game 3 of their Eastern Conference Semifinals series, winning 116-89. The game might be more remembered for the chippiness between the squads. Boston leads the series 2-1.

The game featured multiple technicals and three ejections. Even the normally cool-headed Brad Stevens picked up a technical. The worst of it came early, when Kelly Olynyk set a hard-screen on Kelly Oubre, who took exception and knocked over Olynyk.

After a hard screen, Kelly Oubre went after and dropped Kelly Olynyk! Got to imagine Oubre will be ejected pic.twitter.com/kekjvjWfAw

An early 22-0 run by Wizards put them up for good. John Wall was fantastic, racking up 24 points, eight assists and three steals. Otto Porter was feeling it early, hitting his first 7 shots en route to 19 points and eight boards.

Otto Porter and the #Wizards are on fire! It's a 17-0 run for Washington! #dcfamily pic.twitter.com/Q0r6pDC6yR

Otto Porter is balling! He's got 15 points on 7-7 shooting for the #Wizards! #dcfamily pic.twitter.com/yNH8GgR13N

Three other Wizards reached double-figures: Bradley Beal (11), Markieff Morris (10) and Bojan Bogdanovic (19). The Wizards had only nine turnovers, one more than Marcus Smart had for the Celtics. Beal also had the flop of the playoffs so far.

Only three players reached double-figures for Boston. Isaiah Thomas had an off night with only 13 points, Al Horford had 16 and Jae Crowder had 14.