Wizards to host fans beginning on April 21 vs. Warriors 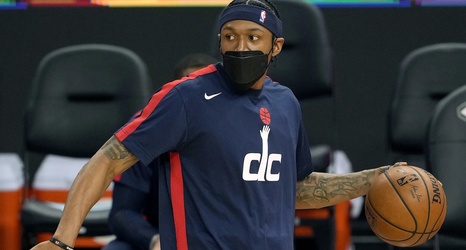 On Monday, Monumental Sports & Entertainment announced that the Washington Wizards and Capitals will start hosting games with fans at Capital One Arena next week. The Wizards’ first home game with fans will be on Wednesday, April 21 against the Golden State Warriors. The Capitals’ first game with fans will be against the New York Islanders on April 27. The news comes after Friday’s announcement that the organization was granted permission to host fans with capacity limits.

Both Wizards and Capitals games are limited to 2,100 people. That deviates a little from the posted game capacities (20,356 for the Wizards and 18,573 for Capitals) so the 2,100 seat limit is to their benefit.