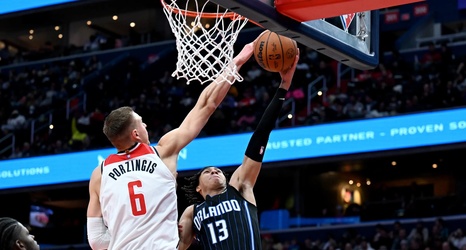 The Wizards got a 127-110 win against the Orlando Magic. Washington did some good things, but let’s acknowledge from the outset that the Magic were not serious about winning.

Sure, the guys who took the floor gave a good effort. But, the Orlando coaching staff gave 44 minutes to former Wizards greats Robin Lopez, Admiral Schofield and Moritz Wagner, plus 27 to R.J. Hampton (who one day could win MVP of Basketbol Süper Ligi), and 11 to someone named Jeff Dowtin. And just 11 to Wizards Slayer and Human Torch Terrence Ross. For those keeping score at home, that’s more than a third of their minutes given to players with minimal NBA futures.