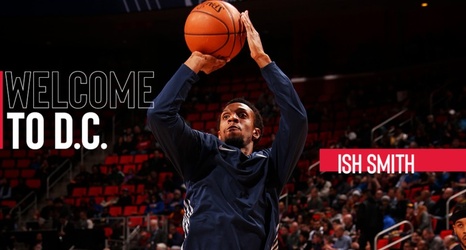 WASHINGTON, DC – The Washington Wizards announced today that they have signed free-agent guard Ish Smith. Per team policy, terms of the deal were not disclosed.

“Ish is capable of both scoring and distributing the ball while playing at the pace we want to see this season,” said Wizards Senior Vice President of Basketball Operations Tommy Sheppard. “We know him well from his years in the league as well as the time he spent with us in training camp. We look forward to the personality and veteran leadership he’ll bring to the team.”