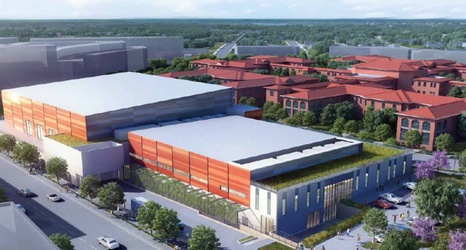 One dump truck was stalled out Wednesday along Alabama Avenue Southeast in Ward 8, its hood flipped forward to show an engine undone by a pressing workload.

Otherwise, sections of the St. Elizabeths Hospital campus were covered with every indication of construction. Flatbed trucks, temporary wire fencing, piles of rubble.

One portion of the campus remains the same: That’s the vaulted section where the city, Events DC and Monumental Sports and Entertainment announced plans for a sports and entertainment arena back in September of 2015. The mayor, balloons and Bradley Beal were part of the festivities that day.