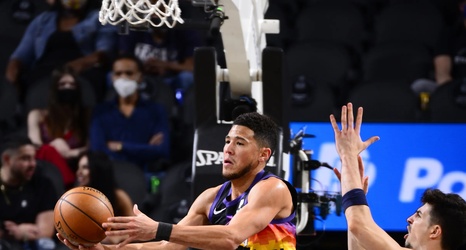 The deciding factor was a 44-24 run for Phoenix in the third quarter as Devin Booker scored 17 of his 27 points to break open a 57-55 halftime result in favor of the Suns. In short, the Wizards missed Bradley Beal’s impact and could have used him to keep this game interesting in the second half, which was forgettable.

The first half of this game went well in my opinion at least. Washington beat Phoenix in field goal percentage and would have likely had a good lead at half time instead if it weren’t for their 10-2 disadvantage on-site the turnovers.