Wizards at Knicks final score: Washington gets beaten at the buzzer by Randle 113-115 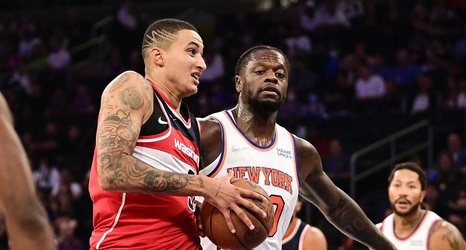 In their fourth and final preseason game the Washington Wizards played the Thibodeau-sort-of-new-look-Knicks in the Garden in New York City, and were looking for that one feel-good win of the preseason having previously lost to the not-so-mighty Rockets, Raptors, and those same Knicks at home.

Rui Hachimura being still out for personal reasons, it was another night that Kyle Kuzma and KCP were going to get plenty of minutes and Avdija would see a good amount of action too. And that was indeed the case: Kuzma played for 28 minutes, KCP for 26, and Avdija for 23.