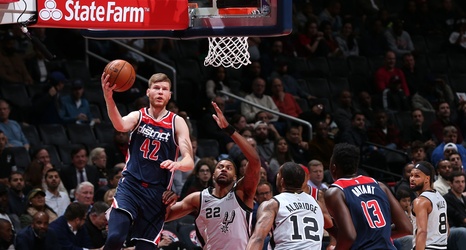 Since the transactions in the NBA have become arguably as relevant and exciting as the actual action on the court, the ‘Revenge Game’ has become increasingly popular. With a lot of new faces on the roster, the Wizards’ schedule is loaded with possible revenge games.

For those of you who are hearing this term for the first time, a Revenge Game happens when a player with a new team plays against their former team. Usually, a true Revenge Game follows a trade, although some players who left in free agency will still look to enact revenge.

We’re barely a month into the NBA season, and one new Wizard has already made the most of his revenge opportunities.