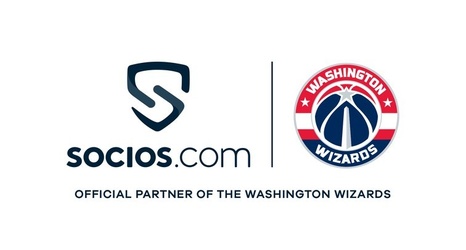 WASHINGTON, D.C., 23RD SEPTEMBER 2021: The Washington Wizards are proud to announce a new official team partnership with Socios.com, the leading global blockchain provider for the sports and entertainment industry.

Socios.com is a direct-to-consumer (D2C) platform that leverages blockchain technology to provide the world’s leading sporting organizations with the tools to engage with and monetize their global fanbases.