The Mystics say that Tina Charles will return to the Mystics for 2021, and want Emma Meesseman back too 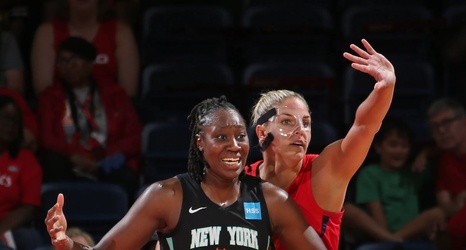 The Washington Mystics are now entering their long offseason after a first round playoff exit in 2020. Their hopes of repeating their championship performance from last year were dashed when numerous starters, including 2019 WNBA MVP Elena Delle Donne, Natasha Cloud and LaToya Sanders sat out the season for personal or health reasons.

And Tina Charles, who was acquired from the New York Liberty as part of a three-team deal in exchange for multiple draft picks and Shatori Walker-Kimbrough also skipped the 2020 season. Charles is officially entering unrestricted free agency this year, so it’s imperative that the Mystics sign her, or that trade will set them back for years to come.