The D.C. William Hill Sportsbook will be officially open for its first Wizards home game today 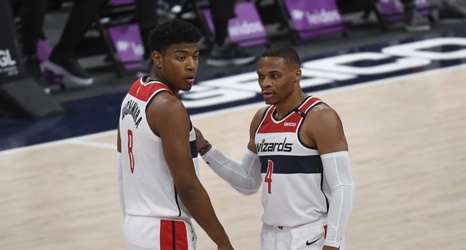 The Washington Wizards will host the Philadelphia 76ers tonight in Game 3 of their first round playoff series. It will also be the first day where Capital Arena hosts a Wizards game and sports betting simultaneously on-site.

Last Wednesday, the William Hill Sports Book officially opened its Washington location, which is in Capital One Arena’s facility. More specifically, the sportsbook is where the Greene Turtle restaurant was. This is the first such facility of its kind in the United States where a gambling facility is literally inside the arena. Wednesday was big, but today’s is also just as significant because there will be also game going on at the same place where fans can make bets.