Should the Wizards target Davion Mitchell in the 2021 NBA Draft? 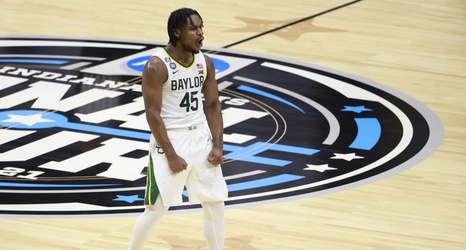 Does it makes sense for the Washington Wizards to draft Davion Mitchell in the 2021 NBA Draft? It’s an interesting question. Neither Russell Westbrook or Bradley Beal seem particularly interested in playing consistent perimeter defense so, having a strong point of attack defender like Mitchell makes sense. But can a team with as many pressing needs as the Wizards afford to spend a lottery pick on a 22-year-old point guard?

Watching him relentlessly hound Jalen Suggs and the other Gonzaga guards during the national championship increased his national profile, and likely his draft stock.