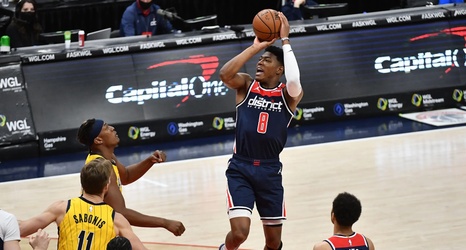 As the Washington Wizards’ 2020-21 season inches to the inevitable conclusion of playoff-less basketball, instead of viewing games with wins and losses in mind, we must now spectate through a prospective lens. Put simply: it’s time to unleash the young guys and see what they can do and become for the team going forward.

It seems that the team has pivoted to this modus operandi: Deni Avdija and Rui Hachimura, the Wizard's precocious pair of top-ten draft picks, are now in the starting lineup. Focusing on the older of the two neophytes, Rui Hachimura, there’s only one thing I want to see going forward: Feed the man.