Preview: Can Wizards snap their losing streak against the 76ers? 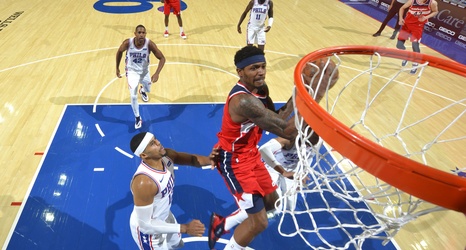 The Washington Wizards are banged up. And even that’s an understatement. They literally played their last game against the Orlando Magic without a center. Rui Hachimura filled in, but at 6’8″, 230 pounds, it’s not a sustainable solution.

The center situation doesn’t bode well for Thursday night’s matchup against the Philadelphia 76ers, who are big men abundant and have won their last four games.

Here are a few things the Wizards need to do if they’re going to come out on top against the 76ers.

As of Wednesday, Ian Mahinmi and Moritz Wagner were ‘questionable’ for the game against Philadelphia.