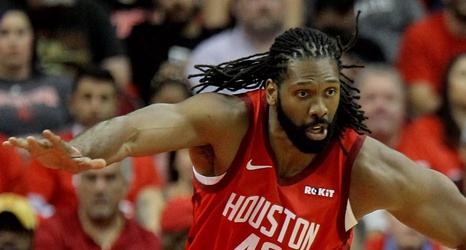 The 2002 NBA Draft class is filled with star talent. Former Wizards All-Star Caron Butler was the 10th pick in that class. Yao Ming, Carlos Boozer, Mike Dunleavy Jr. and Tayshaun Prince are other notable players from that year.

Seventeen years has passed and every player from that class is no longer playing in the NBA except one — Nene, the seventh pick in the Draft. Nene played for the Wizards from 2012 to 16.

Marc Spears of The Undefeated wrote a column on the now-Rockets big man and his journey from his youth days in Brazil to his approach in Houston right now in their playoff series against the Warriors.