Natasha Cloud has a career night in points and steals 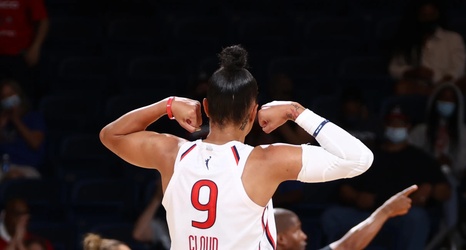 We just love when the Washington Mystics win, but even better when players reach new heights in their respective careers. On Tuesday as the Mystics defeated the Minnesota Lynx 85-81, Natasha Cloud had herself a career night.

While putting up 11 points and eight assists, she recorded 1000 career points and also had a career-high in steals with six. Her six steals are the most by a player in a game this season and also the last player to do so for Washington was LaToya Sanders.

Congrats @T_Cloud4, always making your mark on the game!