Mystics vs. Sparks final score: Washington starts strong and holds on to win 78-68 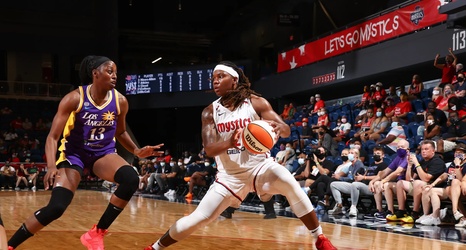 The Washington Mystics snapped a four game losing streak to defeat the Los Angeles Sparks on Tuesday night, 78-68 at home at the Entertainment and Sports Arena.

Washington never trailed tonight, leading by as many as 37 points when the game went out of hand in the first half. During that time, the Mystics held the Sparks to 32.7 percent shooting (LA shot 35.7 percent once the game ended). There was nothing LA had to counter the Mystics with until the fourth quarter when the game was all decided. Washington shot 44.4 percent from the field overall, but they also shot 55,6 percent in the first half when they quite honestly couldn’t do any wrong!