Mystics vs Sparks final score: Atkins and Charles lead Washington to a 89-71 win over Los Angeles 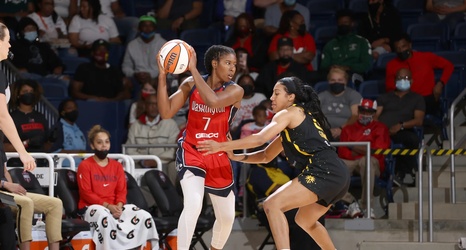 This was the Washington Mystics’ game from start to finish as they won each and every quarter over the Los Angeles Sparks. Mystics came out giving that razzle dazzle and lockdown defense as they defeated the Sparks 89-71.

Washington seems to be coming back to life as they win their second consecutive game. Their all-around ball movement making sure each player touched the ball came in handy especially behind the three-point line as the Mystics made 11 three-pointers, the most coming from Ariel Atkins and Theresa Plaisance with three a piece.

Speaking of Atkins, she’s who got the Mystics rolling early as she scored two back-to-back three-pointers to start off the first quarter pushing Washington’s lead.