Mystics vs. Lynx preview: Washington looks to beat Minnesota for the third time this season 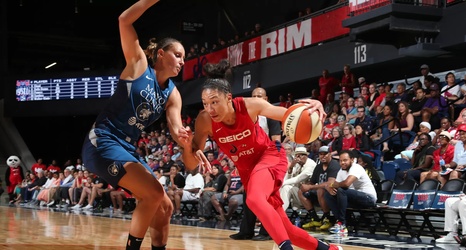 The Mystics (18-7) will face the Lynx (13-12) for the third time during this regular season. Their preseason matchup resulted in a loss for the Mystics, but they followed with two wins when it counted. Now, they have a chance to extend their wins against the Lynx to three.

Aerial Powers is a special player and we’re watching her come to that realization in real time.