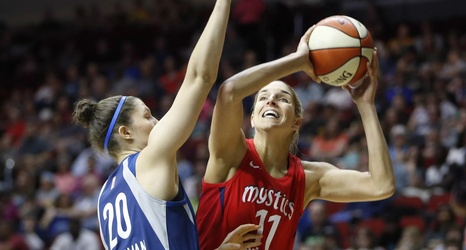 The Washington Mystics will face the Minnesota Lynx in their first preseason game of 2019. Last year, they also played the Lynx in the preseason winning 90-85. The game will take place in Minneapolis, Minn. at 8 p.m. ET.

The preseason combined with training camp has ups and downs. It’s the time period where rookies and even some veterans fight to make the final 12-player roster. It’s also when starting lineups and rotations get figured out.

After previously talking to General Manager and Head Coach Mike Thibault on Monday, it seems as though he’ll be returning to this starting lineup from last season:

Remember, this is the lineup that got Washington to the WNBA Finals last season so I see no reason changing it now.