Mystics vs. Lynx final score: Washington’s season comes to a close in 83-77 loss to Minnesota 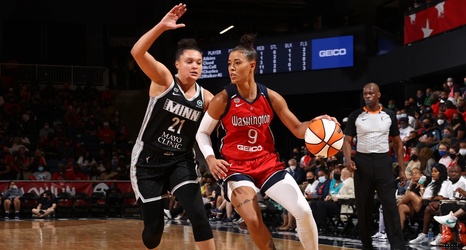 The Washington Mystics season has officially come to a close in a 83-77 loss to the Minnesota Lynx. This was the Mystics final chance to clinch the final playoff spot but the Lynx just wouldn’t let up. Minnesota was playing to move up from fourth to third in seeding.

Turnovers and shots not falling as much and of course some issues with the refs caused the Mystics their demise and ended their season. Washington only made seven three-pointers out of 22 attempts and also had a total of 15 turnovers. One of those turnovers sealed the game for the Mystics as Myisha Hines-Allen tried to find Natasha Cloud but the ball was stolen and the Lynx knocked down four free throws for the win.