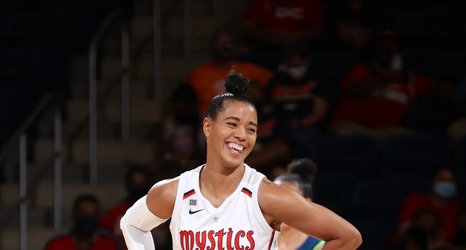 The Washington Mystics (3–5) ended a two-game losing streak on Tuesday night, defeating the Minnesota Lynx (3–5), 85–81 at Entertainment and Sports Arena. The contest began with a two-and-a-half-minute scoring drought, with Ariel Atkins (17 points) hitting the game’s first basket at 7:37. An 8-0 Minnesota run pushed the deficit to six and prompted a Mike Thibault timeout midway through the first.

The Mystics committed turnover number five of the quarter and went down by nine out of the break. An 11-0 Lynx run was ended by Natasha Cloud, who blew by her defender for an easy layup.