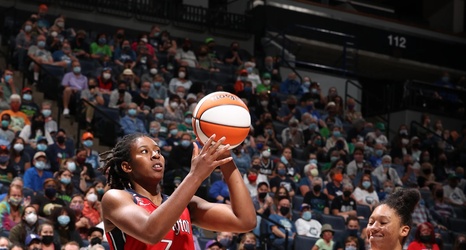 In a game that treated viewers to hefty leads and wild comebacks, the Minnesota Lynx (18–9) routed the Washington Mystics (10–17), 93–75, in the Twin Cities on Saturday night.

After both teams combined to shoot 0-for-5 from the field to start the match, the Lynx opened the scoring with a Napheesa Collier (21 points, nine rebounds) offensive rebound and put-back. After missing the past four games with a left gluteal strain, Tina Charles (12 points, eight boards) scored the first four points for the Mystics on the night. Despite the two sides going 3-for-14 from the field, the pace of play was electric, and the Lynx held a 24–19 lead after one.