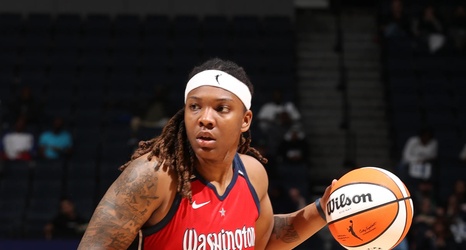 The Washington Mystics (3-0) defeated the Las Vegas Aces (2-1) on Tuesday at home, 89-76, overcoming an early first half deficit and the absence of two starters in Alysha Clark (foot) and Natasha Cloud (coronavirus protocols).

If you only watched the first half of the game, you would have thought that the Mystics would likely lose this game. Washington got ambushed early and started the first quarter off with a 26-13 deficit when the Aces shot 57.6 percent from the field. While things evened out in the second quarter, Las Vegas was still in control for the first half.