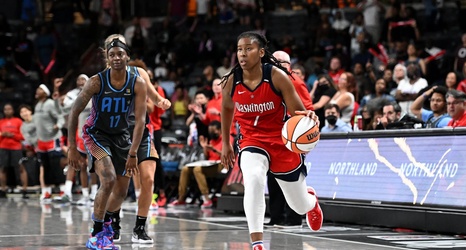 The defensive efforts of the Washington Mystics (5-1) gets them the win over the Atlanta Dream (4-2), 78-73, on the road. The battle of the rookies between Shakira Austin and Rhyne Howard took place early on as it seemed neither could miss from the floor. It really came down to whose shots fell and who could make the needed defensive stops.

A dog fight till the end but we came out on top #Mystics25 // @Ticketmaster pic.twitter.com/0hakgUNNKt— Washington Mystics (@WashMystics) May 21, 2022

The Mystics nearly lost control of the game as the Dream led by 10 in the third quarter and Washington rallied back in the fourth outscoring them 24-15.