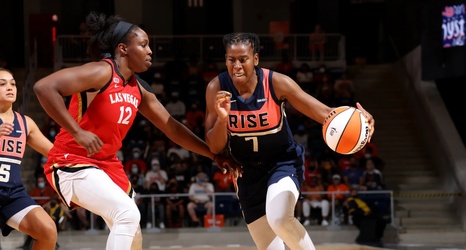 Washington (8-11) is facing Las Vegas (16-6) for the third time this season on Tuesday night. The Mystics, who are in the midst of a 4-game road trip to start the second half of the season, are coming off a last-minute 84-83 loss against the Aces after leading by double-digits for most of the game.