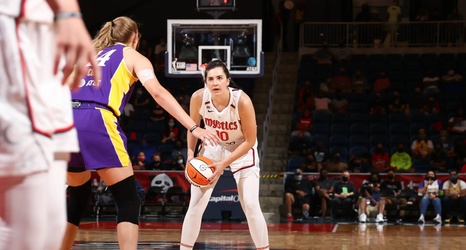 The Washington Mystics have signed Megan Gustafson for the remainder of the 2021 WNBA season, according to a press release on Wednesday.

Gustafson is averaging 3.2 points and 4.0 rebounds in 10.3 minutes per game after six appearances with Washington. She originally signed in June due to an injury hardship. However, she signed three seven-day contracts since July 1. Also, with Emma Meesseman not playing this season, this also opened up the opportunity for Gustafson to remain after the Olympic break.

Washington has been slightly behind the league average in rebounding this season, where they rank eighth in the league, or seventh in total rebounds per 100 possessions.