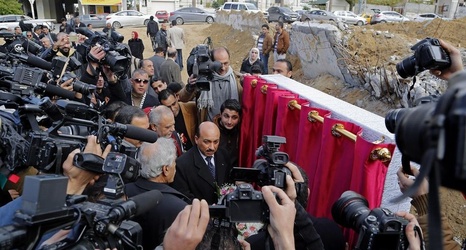 TEL AVIV, Israel (AP) — Gaza’s militant Hamas rulers issued sweeping new restrictions on journalists after the recent conflict there, but then rescinded them, a group representing foreign media in Israel and the Palestinian territories said Tuesday.

Palestinians who work with foreign journalists were first informed of the new rules earlier this week in messages sent by the Hamas-run Interior Ministry. They were ordered not to report on Gazans killed by misfired Palestinian rockets or the military capabilities of Palestinian armed groups, and were told to blame Israel for the recent escalation.

The Foreign Press Association, which represents international media, including The Associated Press, said the guidelines were rescinded after discussions with authorities in Gaza.