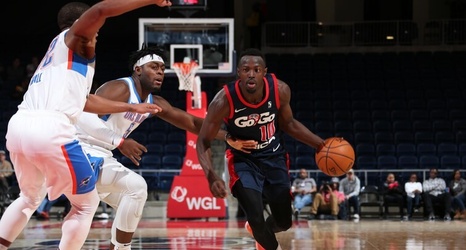 Coming off a 1-1 weekend, the Go-Go sit at 10-10 on the season and in eighth place in the Eastern Conference. On Friday, Capital City had four players score 20-plus points and held a 19-point lead against Fort Wayne, but lost by two after a 42-point fourth quarter from the Mad Ants. On Sunday, the Go-Go again held a 19-point lead, but managed to withstand a late run from the Oklahoma City Blue for the win. Jerian Grant scored 20-plus points in both games this weekend, including a team-high 21 in the team’s win over the Blue.